At Speedy Template, You can download Security Agreement 3 . There are a few ways to find the forms or templates you need. You can choose forms in your state, use search feature to find the related forms. At the end of each page, there is "Download" button for the forms you are looking form if the forms don't display properly on the page, the Word or Excel or PDF files should give you a better reivew of the page. 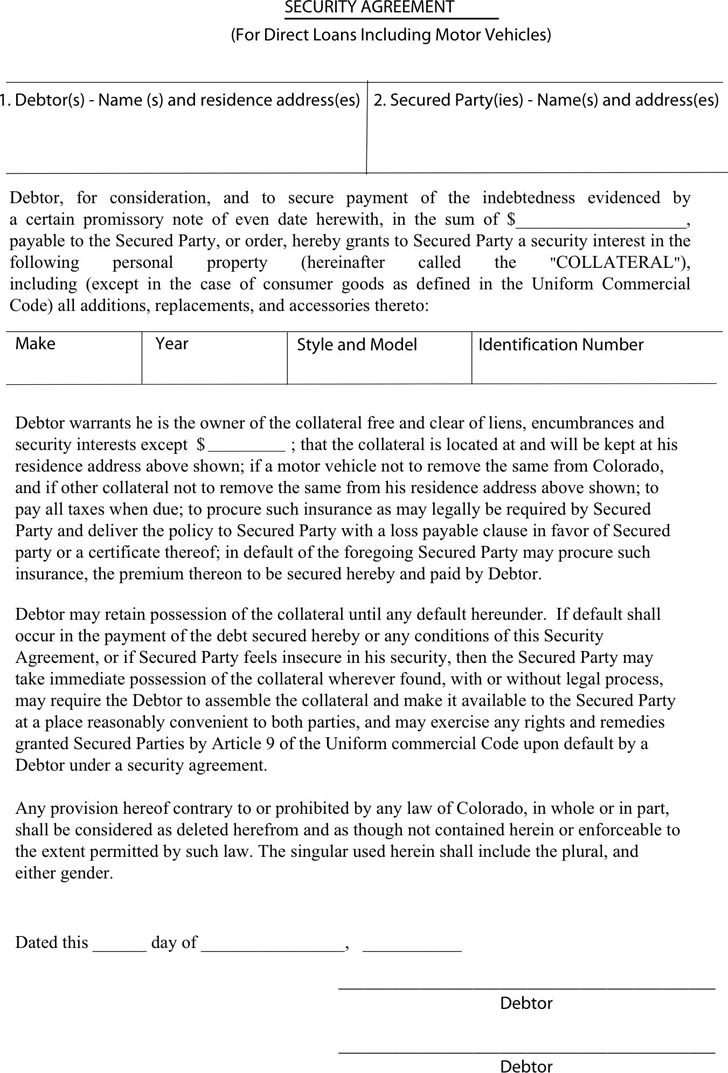 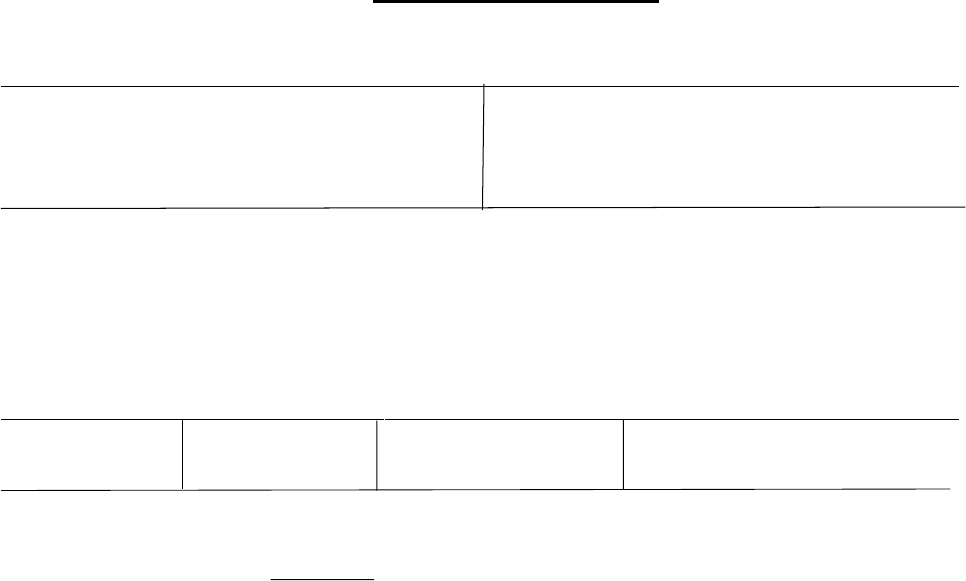 SECURITY AGREEMENT
(For Direct Loans Including Motor Vehicles)
1. Debtor(s) - Name (s) and residence address(es) 2. Secured Party(ies) - Name(s) and address(es)
Debtor, for consideration, and to secure payment of the indebtedness evidenced by
a certain promissory note of even date herewith, in the sum of $___________________,
payable to the Secured Party, or order, hereby grants to Secured Party a security interest in the
following personal property (hereinafter called the "COLLATERAL"),
including (except in the case of consumer goods as defined in the Uniform Commercial
Code) all additions, replacements, and accessories thereto:
Make
Style and Model
Identification Number
Year
Debtor warrants he is the owner of the collateral free and clear of liens, encumbrances and
security interests except $ ; that the collateral is located at and will be kept at his
residence address above shown; if a motor vehicle not to remove the same from Colorado,
and if other collateral not to remove the same from his residence address above shown; to
pay all taxes when due; to procure such insurance as may legally be required by Secured
Party and deliver the policy to Secured Party with a loss payable clause in favor of Secured
party or a certificate thereof; in default of the foregoing Secured Party may procure such
insurance, the premium thereon to be secured hereby and paid by Debtor.
Debtor may retain possession of the collateral until any default hereunder. If default shall
occur in the payment of the debt secured hereby or any conditions of this Security
Agreement, or if Secured Party feels insecure in his security, then the Secured Party may
take immediate possession of the collateral wherever found, with or without legal process,
may require the Debtor to assemble the collateral and make it available to the Secured Party
at a place reasonably convenient to both parties, and may exercise any rights and remedies
granted Secured Parties by Article 9 of the Uniform commercial Code upon default by a
Debtor under a security agreement.
Any provision hereof contrary to or prohibited by any law of Colorado, in whole or in part,
shall be considered as deleted herefrom and as though not contained herein or enforceable to
the extent permitted by such law. The singular used herein shall include the plural, and
either gender.
Dated this ______ day of ________________, ___________
__________________________________________
Debtor
__________________________________________
Debtor
Print Form
Download
Security Agreement 3
PDF | 289 KB | 1 Pages
Related Templates
Popular Templates