At Speedy Template, You can download Sample Statement of Purpose . There are a few ways to find the forms or templates you need. You can choose forms in your state, use search feature to find the related forms. At the end of each page, there is "Download" button for the forms you are looking form if the forms don't display properly on the page, the Word or Excel or PDF files should give you a better reivew of the page. 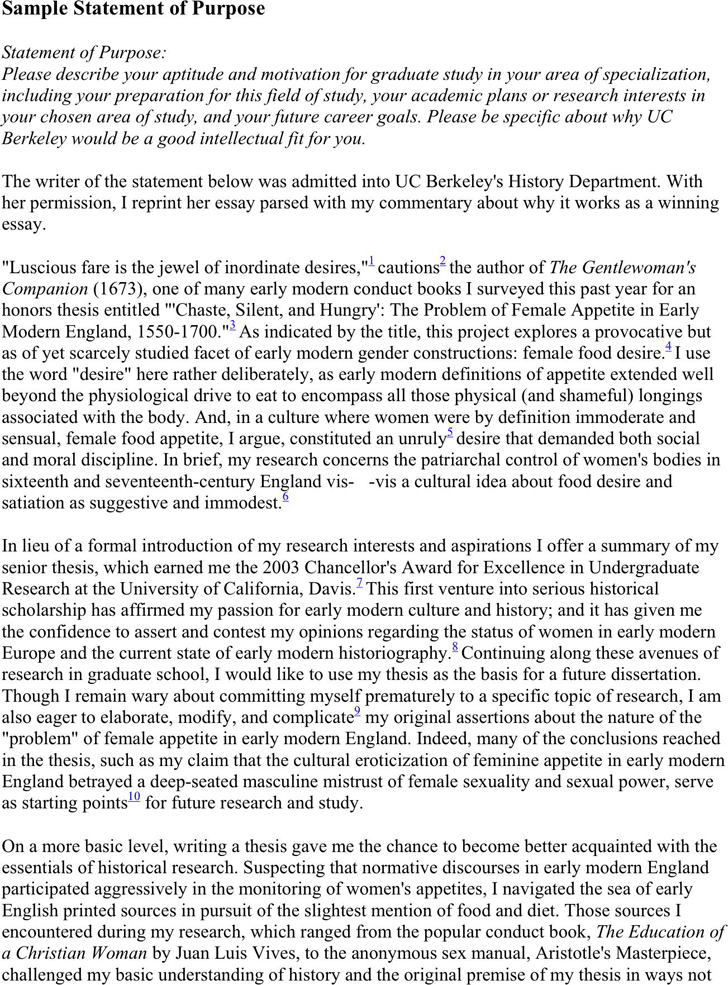 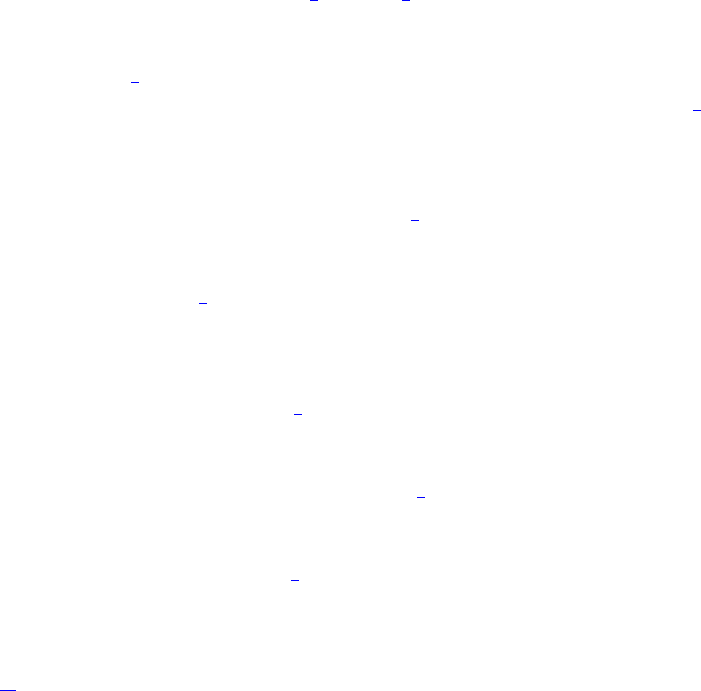 Sample Statement of Purpose
Statement of Purpose:
Please describe your aptitude and motivation for graduate study in your area of specialization,
including your preparation for this field of study, your academic plans or research interests in
your chosen area of study, and your future career goals. Please be specific about why UC
Berkeley would be a good intellectual fit for you.
The writer of the statement below was admitted into UC Berkeley's History Department. With
her permission, I reprint her essay parsed with my commentary about why it works as a winning
essay.
"Luscious fare is the jewel of inordinate desires,"
1
cautions
2
the author of The Gentlewoman's
Companion (1673), one of many early modern conduct books I surveyed this past year for an
honors thesis entitled "'Chaste, Silent, and Hungry': The Problem of Female Appetite in Early
Modern England, 1550-1700."
3
As indicated by the title, this project explores a provocative but
as of yet scarcely studied facet of early modern gender constructions: female food desire.
4
I use
the word "desire" here rather deliberately, as early modern definitions of appetite extended well
beyond the physiological drive to eat to encompass all those physical (and shameful) longings
associated with the body. And, in a culture where women were by definition immoderate and
sensual, female food appetite, I argue, constituted an unruly
5
desire that demanded both social
and moral discipline. In brief, my research concerns the patriarchal control of women's bodies in
sixteenth and seventeenth-century England vis--vis a cultural idea about food desire and
satiation as suggestive and immodest.
6
In lieu of a formal introduction of my research interests and aspirations I offer a summary of my
senior thesis, which earned me the 2003 Chancellor's Award for Excellence in Undergraduate
Research at the University of California, Davis.
7
This first venture into serious historical
scholarship has affirmed my passion for early modern culture and history; and it has given me
the confidence to assert and contest my opinions regarding the status of women in early modern
Europe and the current state of early modern historiography.
8
Continuing along these avenues of
research in graduate school, I would like to use my thesis as the basis for a future dissertation.
Though I remain wary about committing myself prematurely to a specific topic of research, I am
also eager to elaborate, modify, and complicate
9
my original assertions about the nature of the
"problem" of female appetite in early modern England. Indeed, many of the conclusions reached
in the thesis, such as my claim that the cultural eroticization of feminine appetite in early modern
England betrayed a deep-seated masculine mistrust of female sexuality and sexual power, serve
as starting points
10
for future research and study.
On a more basic level, writing a thesis gave me the chance to become better acquainted with the
essentials of historical research. Suspecting that normative discourses in early modern England
participated aggressively in the monitoring of women's appetites, I navigated the sea of early
English printed sources in pursuit of the slightest mention of food and diet. Those sources I
encountered during my research, which ranged from the popular conduct book,
The Education of
a Christian Woman
by Juan Luis Vives, to the anonymous sex manual, Aristotle's Masterpiece,
challenged my basic understanding of history and the original premise of my thesis in ways not
Next
Download
Sample Statement of Purpose
PDF | 52 KB | 4 Pages
Previous