At Speedy Template, You can download Roadmap Template 1 . There are a few ways to find the forms or templates you need. You can choose forms in your state, use search feature to find the related forms. At the end of each page, there is "Download" button for the forms you are looking form if the forms don't display properly on the page, the Word or Excel or PDF files should give you a better reivew of the page. 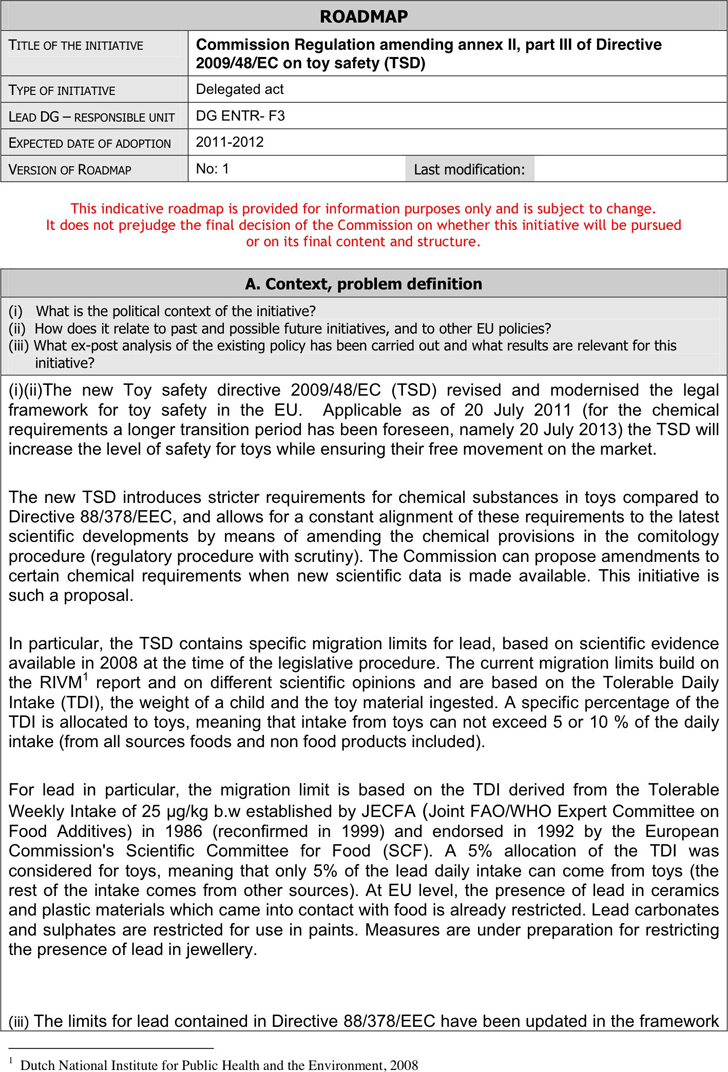 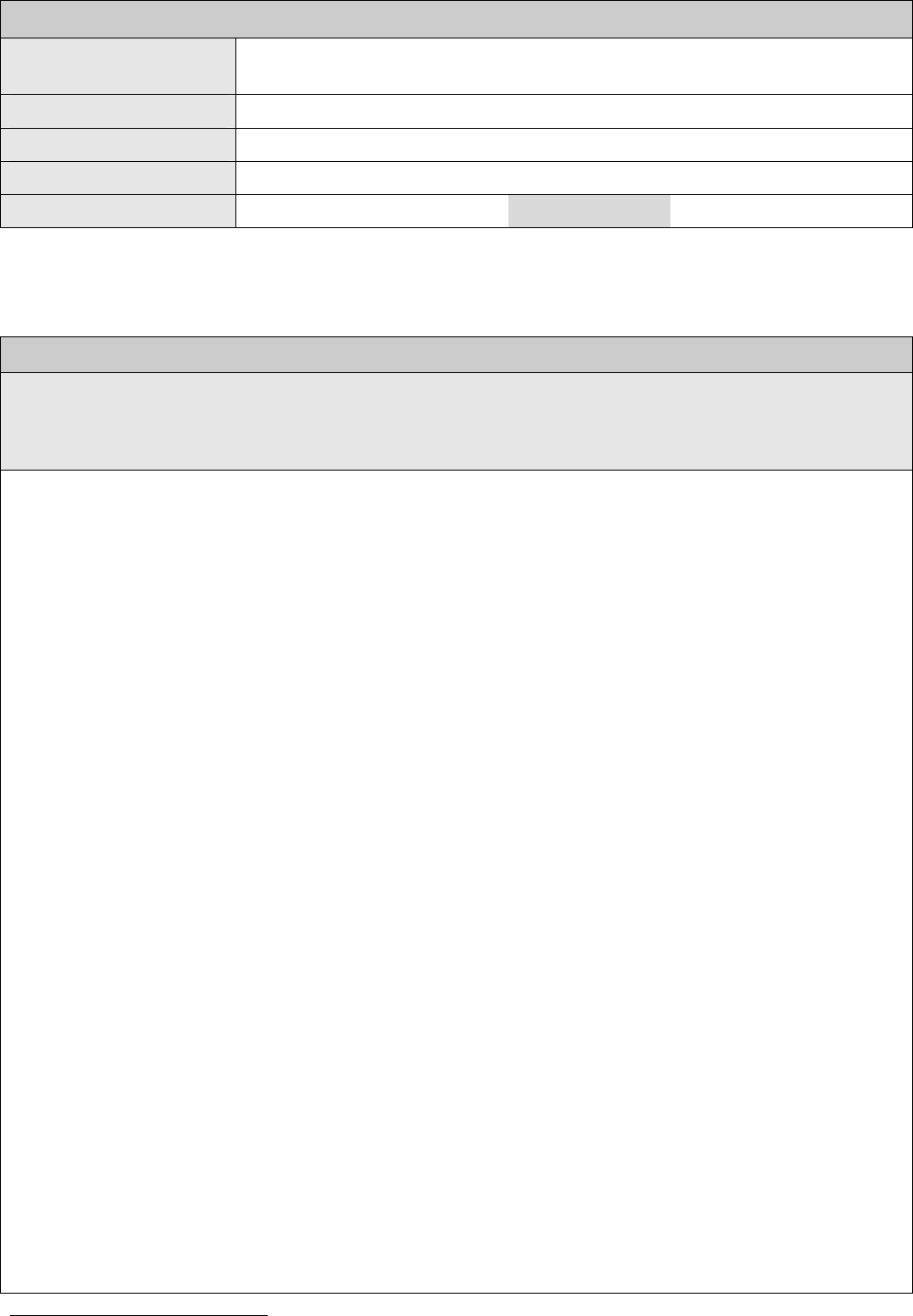 ROADMAP
TITLE OF THE INITIATIVE
Commission Regulation amending annex II, part III of Directive
2009/48/EC on toy safety (TSD)
TYPE OF INITIATIVE
Delegated act
LEAD DG – RESPONSIBLE UNIT
DG ENTR- F3
EXPECTED DATE OF ADOPTION
2011-2012
VERSION OF ROADMAP
No: 1
Last modification:
This indicative roadmap is provided for information purposes only and is subject to change.
It does not prejudge the final decision of the Commission on whether this initiative will be pursued
or on its final content and structure.
A. Context, problem definition
(i) What is the political context of the initiative
(ii) How does it relate to past and possible future initiatives, and to other EU policies
(iii) What ex-post analysis of the existing policy has been carried out and what results are relevant for this
initiative
(i)(ii)The new Toy safety directive 2009/48/EC (TSD) revised and modernised the legal
framework for toy safety in the EU. Applicable as of 20 July 2011 (for the chemical
requirements a longer transition period has been foreseen, namely 20 July 2013) the TSD will
increase the level of safety for toys while ensuring their free movement on the market.
The new TSD introduces stricter requirements for chemical substances in toys compared to
Directive 88/378/EEC, and allows for a constant alignment of these requirements to the latest
scientific developments by means of amending the chemical provisions in the comitology
procedure (regulatory procedure with scrutiny). The Commission can propose amendments to
certain chemical requirements when new scientific data is made available. This initiative is
such a proposal.
In particular, the TSD contains specific migration limits for lead, based on scientific evidence
available in 2008 at the time of the legislative procedure. The current migration limits build on
the RIVM
1
report and on different scientific opinions and are based on the Tolerable Daily
Intake (TDI), the weight of a child and the toy material ingested. A specific percentage of the
TDI is allocated to toys, meaning that intake from toys can not exceed 5 or 10 % of the daily
intake (from all sources foods and non food products included).
For lead in particular, the migration limit is based on the TDI derived from the Tolerable
Weekly Intake of 25 g/kg b.w established by JECFA
(Joint FAO/WHO Expert Committee on
Food Additives) in 1986 (reconfirmed in 1999) and endorsed in 1992 by the European
Commission's Scientific Committee for Food (SCF). A 5% allocation of the TDI was
considered for toys, meaning that only 5% of the lead daily intake can come from toys (the
rest of the intake comes from other sources). At EU level, the presence of lead in ceramics
and plastic materials which came into contact with food is already restricted. Lead carbonates
and sulphates are restricted for use in paints. Measures are under preparation for restricting
the presence of lead in jewellery.
(iii) The limits for lead contained in Directive 88/378/EEC have been updated in the framework
1
Dutch National Institute for Public Health and the Environment, 2008
Next
Download
Roadmap Template 1
PDF | 216 KB | 5 Pages
Previous