At Speedy Template, You can download Lab Report Example 1 . There are a few ways to find the forms or templates you need. You can choose forms in your state, use search feature to find the related forms. At the end of each page, there is "Download" button for the forms you are looking form if the forms don't display properly on the page, the Word or Excel or PDF files should give you a better reivew of the page. 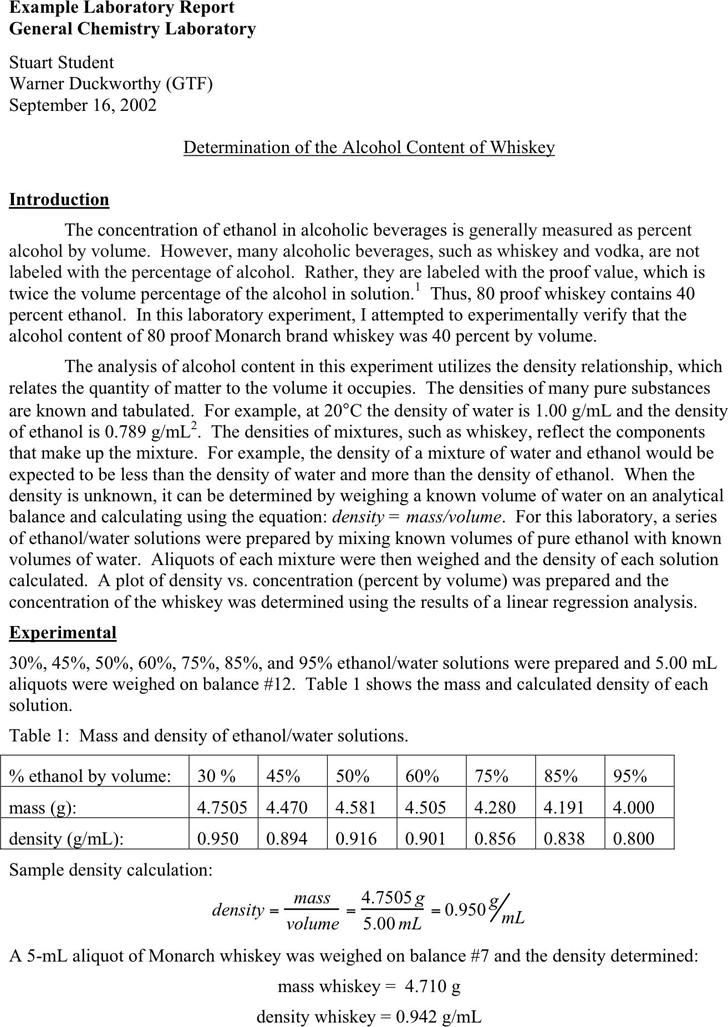 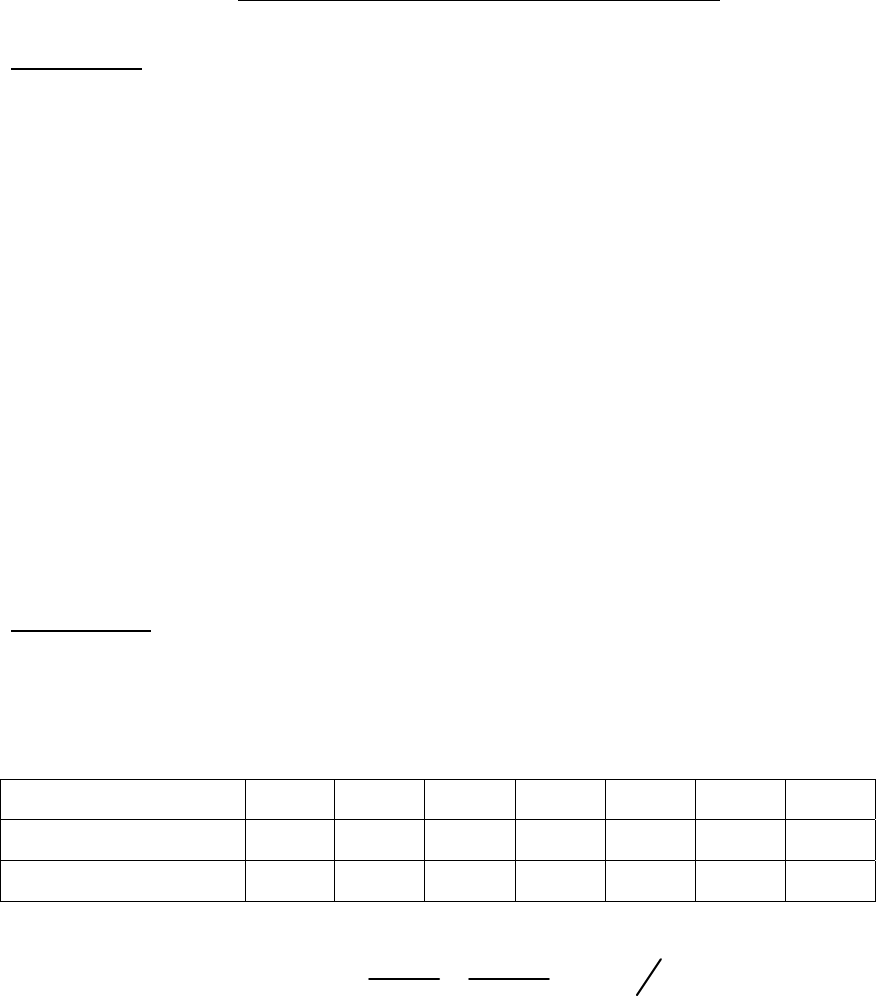 Example Laboratory Report
General Chemistry Laboratory
Stuart Student
Warner Duckworthy (GTF)
September 16, 2002
Determination of the Alcohol Content of Whiskey
Introduction
The concentration of ethanol in alcoholic beverages is generally measured as percent
alcohol by volume. However, many alcoholic beverages, such as whiskey and vodka, are not
labeled with the percentage of alcohol. Rather, they are labeled with the proof value, which is
twice the volume percentage of the alcohol in solution.
1
Thus, 80 proof whiskey contains 40
percent ethanol. In this laboratory experiment, I attempted to experimentally verify that the
alcohol content of 80 proof Monarch brand whiskey was 40 percent by volume.
The analysis of alcohol content in this experiment utilizes the density relationship, which
relates the quantity of matter to the volume it occupies. The densities of many pure substances
are known and tabulated. For example, at 20°C the density of water is 1.00 g/mL and the density
of ethanol is 0.789 g/mL
2
. The densities of mixtures, such as whiskey, reflect the components
that make up the mixture. For example, the density of a mixture of water and ethanol would be
expected to be less than the density of water and more than the density of ethanol. When the
density is unknown, it can be determined by weighing a known volume of water on an analytical
balance and calculating using the equation: density = mass/volume. For this laboratory, a series
of ethanol/water solutions were prepared by mixing known volumes of pure ethanol with known
volumes of water. Aliquots of each mixture were then weighed and the density of each solution
calculated. A plot of density vs. concentration (percent by volume) was prepared and the
concentration of the whiskey was determined using the results of a linear regression analysis.
Experimental
30%, 45%, 50%, 60%, 75%, 85%, and 95% ethanol/water solutions were prepared and 5.00 mL
aliquots were weighed on balance #12. Table 1 shows the mass and calculated density of each
solution.
Table 1: Mass and density of ethanol/water solutions.
% ethanol by volume: 30 % 45% 50% 60% 75% 85% 95%
mass (g): 4.7505 4.470 4.581 4.505 4.280 4.191 4.000
density (g/mL): 0.950 0.894 0.916 0.901 0.856 0.838 0.800
Sample density calculation:
density =
mass
volume
=
4.7505
g
5.00 mL
= 0.950
g
mL
A 5-mL aliquot of Monarch whiskey was weighed on balance #7 and the density determined:
mass whiskey = 4.710 g
density whiskey = 0.942 g/mL
Next
Download
Lab Report Example 1
PDF | 89 KB | 3 Pages
Previous