At Speedy Template, You can download Iowa Decree of Dissolution Form . There are a few ways to find the forms or templates you need. You can choose forms in your state, use search feature to find the related forms. At the end of each page, there is "Download" button for the forms you are looking form if the forms don't display properly on the page, the Word or Excel or PDF files should give you a better reivew of the page. 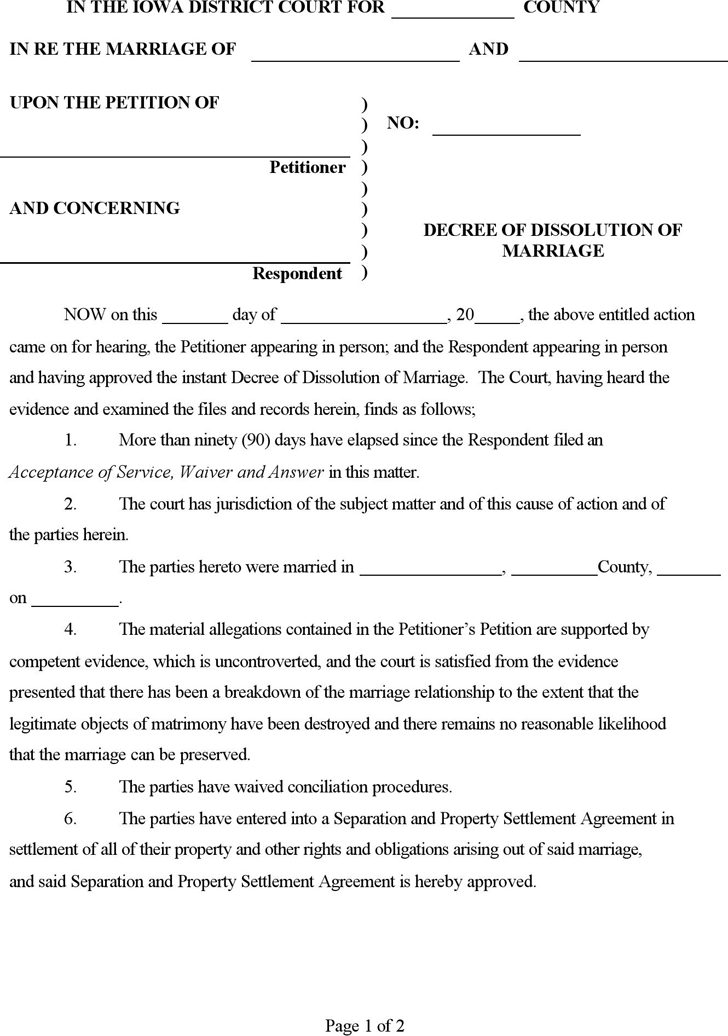 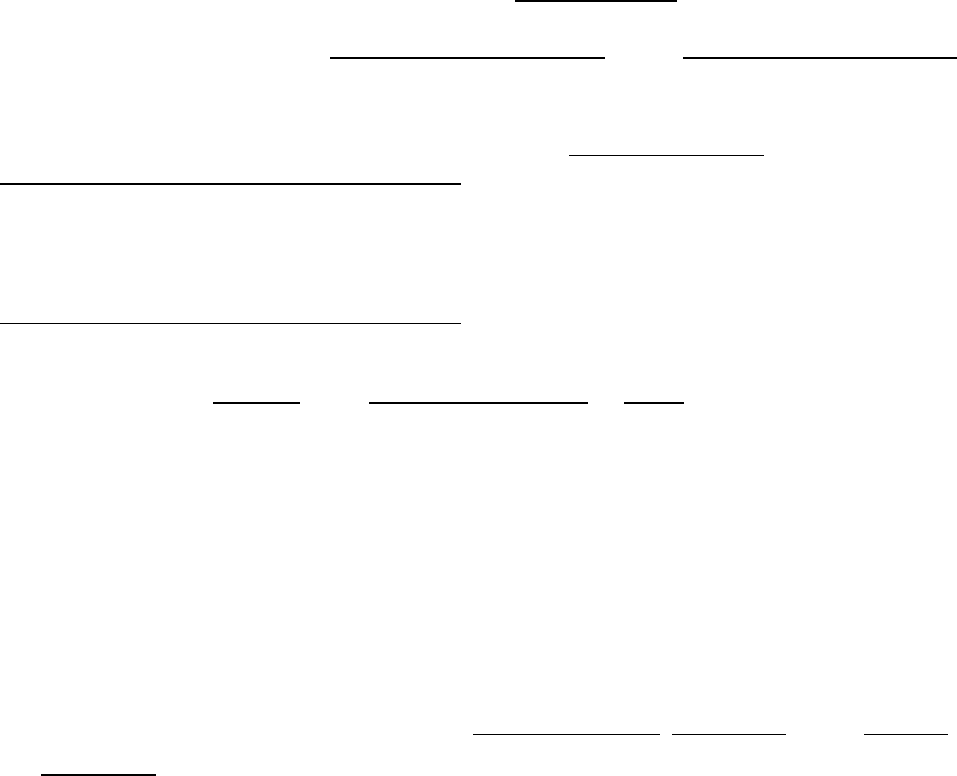 Page 1 of 2
IN THE IOWA DISTRICT COURT FOR
COUNTY
IN RE THE MARRIAGE OF AND
UPON THE PETITION OF
NO:
Petitioner
AND CONCERNING
DECREE OF DISSOLUTION OF
MARRIAGE
Respondent
)
)
)
)
)
)
)
)
)
NOW on this day of , 20 , the above entitled action
came on for hearing, the Petitioner appearing in person; and the Respondent appearing in person
and having approved the instant Decree of Dissolution of Marriage. The Court, having heard the
evidence and examined the files and records herein, finds as follows;
1. More than ninety (90) days have elapsed since the Respondent filed an
Acceptance of Service, Waiver and Answer in this matter.
2. The court has jurisdiction of the subject matter and of this cause of action and of
the parties herein.
3. The parties hereto were married in , County,
on .
4. The material allegations contained in the Petitioner’s Petition are supported by
competent evidence, which is uncontroverted, and the court is satisfied from the evidence
presented that there has been a breakdown of the marriage relationship to the extent that the
legitimate objects of matrimony have been destroyed and there remains no reasonable likelihood
that the marriage can be preserved.
5. The parties have waived conciliation procedures.
6. The parties have entered into a Separation and Property Settlement Agreement in
settlement of all of their property and other rights and obligations arising out of said marriage,
and said Separation and Property Settlement Agreement is hereby approved.
Next
Download
Iowa Decree of Dissolution Form
PDF | 16 KB | 2 Pages
Previous