At Speedy Template, You can download Alberta Power of Attorney Form . There are a few ways to find the forms or templates you need. You can choose forms in your state, use search feature to find the related forms. At the end of each page, there is "Download" button for the forms you are looking form if the forms don't display properly on the page, the Word or Excel or PDF files should give you a better reivew of the page. 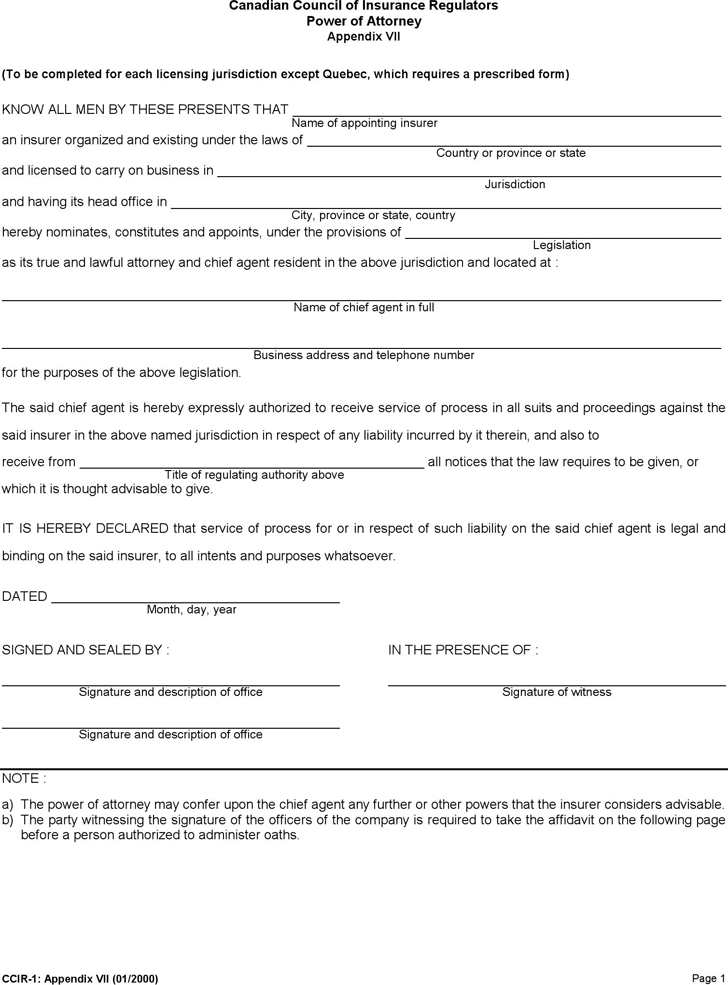 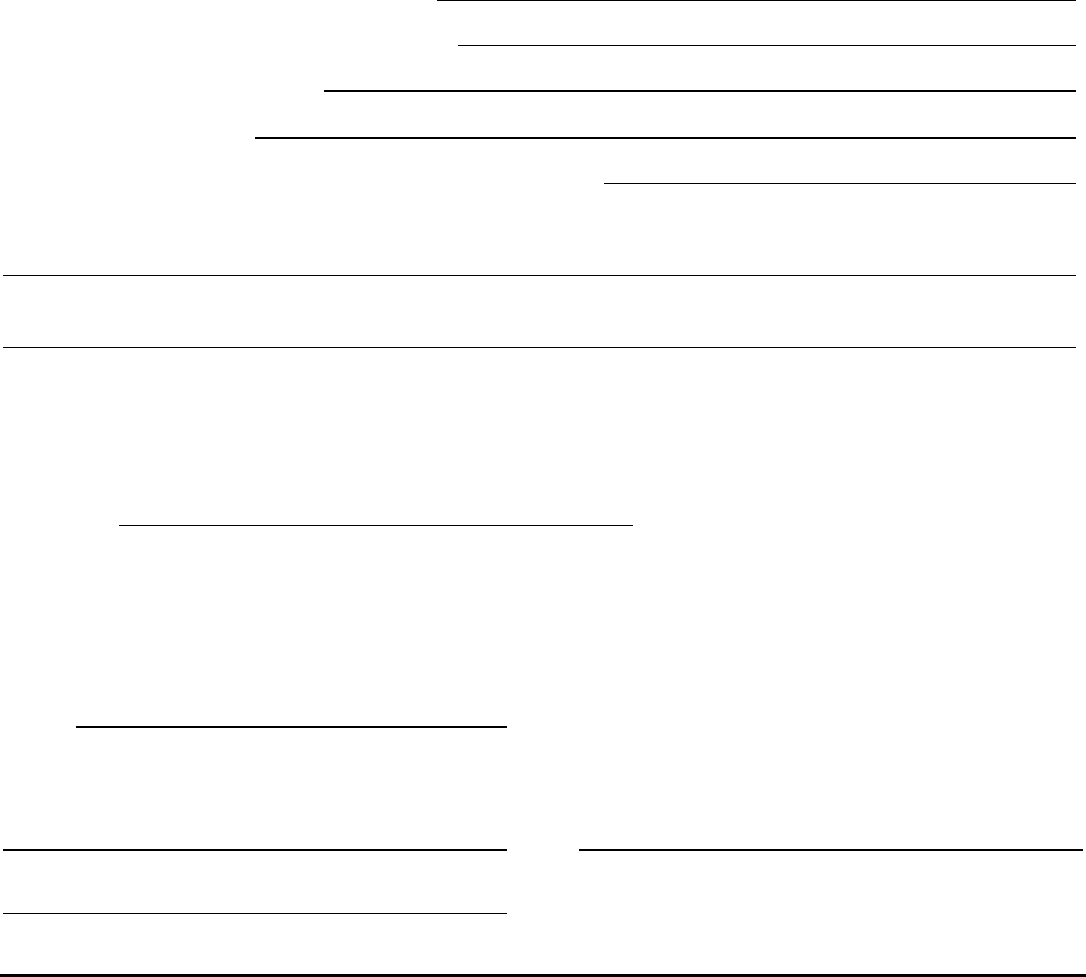 CCIR-1: Appendix VII (01/2000)
Page 1
Canadian Council of Insurance Regulators
Power of Attorney
Appendix VII
(To be completed for each licensing jurisdiction except Quebec, which requires a prescribed form)
KNOW ALL MEN BY THESE PRESENTS THAT
Name of appointing insurer
an insurer organized and existing under the laws of
Country or province or state
and licensed to carry on business in
Jurisdiction
and having its head office in
City, province or state, country
hereby nominates, constitutes and appoints, under the provisions of
Legislation
as its true and lawful attorney and chief agent resident in the above jurisdiction and located at :
Name of chief agent in full
Business address and telephone number
for the purposes of the above legislation.
The said chief agent is hereby expressly authorized to receive service of process in all suits and proceedings against the
said insurer in the above named jurisdiction in respect of any liability incurred by it therein, and also to
receive from all notices that the law requires to be given, or
Title of regulating authority above
which it is thought advisable to give.
IT IS HEREBY DECLARED that service of process for or in respect of such liability on the said chief agent is legal and
binding on the said insurer, to all intents and purposes whatsoever.
DATED
Month, day, year
SIGNED AND SEALED BY : IN THE PRESENCE OF :
Signature and description of office
Signature of witness
Signature and description of office
NOTE :
a) The power of attorney may confer upon the chief agent any further or other powers that the insurer considers advisable.
b) The party witnessing the signature of the officers of the company is required to take the affidavit on the following page
before a person authorized to administer oaths.
Next
Download
Alberta Power of Attorney Form
PDF | 57 KB | 3 Pages
Previous